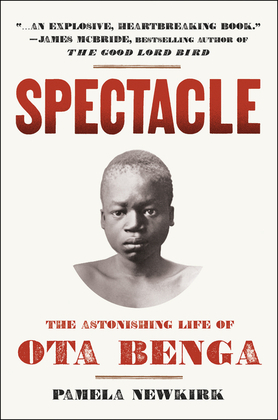 by Pamela Newkirk (Author)
Read sample online Download sample
Nonfiction Biography & autobiography Historical
warning_amber
One or more licenses for this book have been acquired by your organisation details
EPUB
26 loans, One at a time
Details

Award-winning journalist Pamela Newkirk reveals a little-known and shameful episode in early 20th-century American history: an African man was used as a human zoo exhibit—a shocking story of racial prejudice, science, and tragedy in the tradition of The Immortal Life of Henrietta Lacks and Medical Apartheid. Using this event as a lens, the author charts the evolution of science and race relations in America during the early 20th century—a racially fraught era for African-Americans who continued to be subjected to political disenfranchisement and social scorn long after the end of the Civil War. Newkirk’s masterful work of social history raises difficult questions about racial prejudice and discrimination that continue to haunt us today.