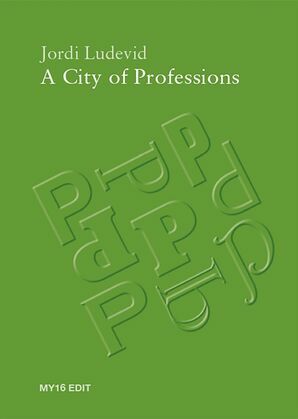 A City of Professions

by Jordi Ludevid (Author)
Read sample online Download sample
Nonfiction Arts Architecture
warning_amber
One or more licenses for this book have been acquired by your organisation details
EPUB
26 loans, 2 years, One at a time
Details

Based on the recovery of the three key words: professionalism, professionals, professions, the narration is organised in the form of a voyage of reconnaissance in discovery, which attempts to recompose a puzzle that is today completely dispersed. A professional is a technician with civic values. Practical knowledge and civic-mindedness are its foundations.

Part One (primarily aimed at the professional institutions or college environment)

With the conviction that "he who loses his origins loses his identity", the first part recalls the history of the professional fact, from Hippocrates to the present day, passing through Cicero, the Middle Ages, the European University of the 19th century, Max Weber, to Richard Sennett, Victoria Camps and Donald Schön. This is followed by a recognition of the professional fact common to all professions, pointing out its seven non-expendable or structuring elements, among which the six public missions of the professions stand out in particular: health, habitability, legal security, education, communication and economic and environmental sustainability, as well as their link with civic ethics, human rights and global challenges. Next, an interval dedicated to Architecture is proposed, in which, together with Fine Arts and Technology, a plus of professionalism oriented towards people's habitability is postulated.

Second part (aimed primarily at the municipal environment and schools)

In Spain and in Europe today there are forty regulated professions, which only have six missions (health, education, habitability, legal security, communication and economic and environmental sustainability), which are substantiated in a single shared city. In other words: 40 professions, 6 missions, 1 city. The current interdisciplinary and cross-cutting nature of the professions is embodied in specific cities and neighbourhoods. And since cities and professions share missions, the relationship of professions and professionals with the urban fact is analysed in detail: with the urbs, the civitas and the polis. The description of this relationship reveals itself to be strategic and with an enormous potential for articulation and improvement: the public space is a professional space. In this way, the City of Professions appears