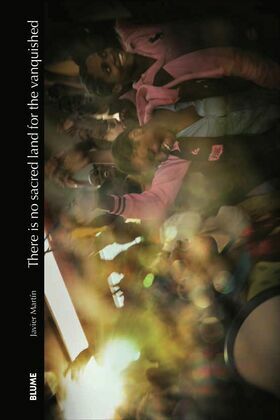 No sacred land for vanquised

Busca y encuentra a Frida Kahlo
by Javier Martín (Author)
Nonfiction Arts Photography
warning_amber
One or more licenses for this book have been acquired by your organisation details
EPUB
26 loans, 2 years, One at a time
Details

Considered the southern border of Europe, a territory that the far right describes as a strange and wild land, full of overcrowded cities, empty villages, exotic landscapes, exuberant raw materials, successful footballers and hordes of menacing migrants, the regions of the Sahel and North Africa share and suffer from the pernicious effects of the decline of its traditional patterns of life, ruined by accelerated imposition of modernity, capitalism, communism, xenophobia, and incipient neo-colonialism: from misery to corruption, from unemployment, economic and social inequality, the technological gap, educational underdevelopment, lack of infrastructure, food and health insecurity, foreign interference, the blind ambition of their own leaders, religion extremism, the repeated violation of fundamental rights and the yoke of patriarchy.

Also, the scourge of a new form of economy, the corsair or buccaneer economy, based on the smuggling of all kinds of products -arms, drugs, people, food, electrical appliances, fuel, and people- to which little attention is paid but which in reality articulates the entire region, becomes the problems chronic and is the only option for work and subsistence for millions of families.

In There is no sacred land for the vanquished, the award-winning Spanish journalist Javier Martín takes a unique and complete journey through the routes of irregular migration, from central Africa to the rescue ships in the Mediterranean and discovers through the testimony of his protagonists -migrants, traffickers, military, aid workers- the establishment of a new social and economic system that, together with the European militarization of borders and the total privatization of wars like Libya, are deteriorating the true spirit of Africa, a continent in the one that migration is an ancestral asset, shapes its culture and sustains its soul.