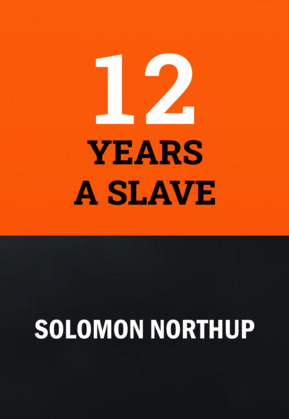 by Solomon Northup (Author)
Read sample online Download sample
Nonfiction Biography & autobiography Historical Literary Personal memoirs Philosophers Political
warning_amber
One or more licenses for this book have been acquired by your organisation details
EPUB
55 loans, One at a time
Details

Twelve Years a Slave is an 1853 memoir and slave narrative by American Solomon Northup as told to and written by David Wilson. Northup, a black man who was born free in New York state, details himself being tricked to go to Washington, D.C., where he was kidnapped and sold into slavery in the Deep South. He was in bondage for 12 years in Louisiana before he was able to secretly get information to friends and family in New York, who in turn secured his release with the aid of the state. Northup's account provides extensive details on the slave markets in Washington, D.C. and New Orleans, and describes at length cotton and sugar cultivation and slave treatment on major plantations in Louisiana.

The work was published eight years before the Civil War by Derby & Miller of Auburn, New York, soon after Harriet Beecher Stowe's best-selling novel about slavery, Uncle Tom's Cabin (1852), to which it lent factual support. Northup's book, dedicated to Stowe, sold 30,000 copies, making it a bestseller in its own right.