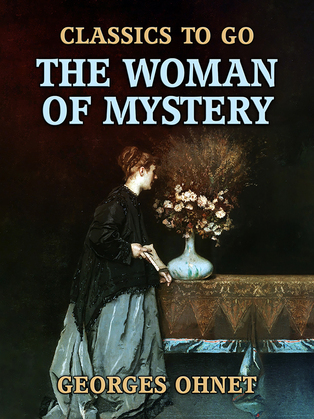 The Woman of Mystery

Excerpt: "In his study, situated in the Rue Saint-Dominique, the Minister of War was walking to and fro. In furious fashion he twisted his moustache, which seemed even redder than usual, as he nervously fingered his eyeglass, in a manner which promised anything but a cordial welcome to any who entered his presence. Doubtless, his officers were well acquainted with the reasons of his ill-humour, for a profound silence reigned all around, and the great man’s solitude was undisturbed save by the querulous twitterings of the birds in the garden. A minute later, he seemed to lose all patience, and, marching to the mantelpiece, he pressed an electric bell. An usher, with anxious mien, at once approached. “Has Colonel Vallenot returned?” exclaimed the Minister, in fierce tones. The servant shrunk away, as though he would have liked the earth to open and swallow him; then he stammered, faintly— “I do not think so, sir—I will ask—” The General became purple with rage. An oath burst forth from his lips like a bombshell, then a second, the third was useless. The door was again closed, the servant had vanished."