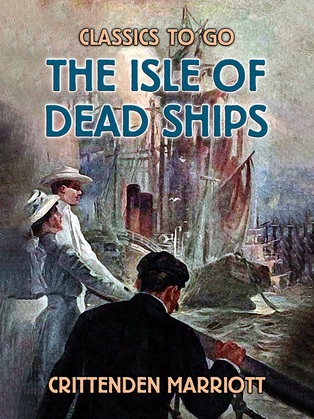 The Isle of Dead Ships

Excerpt: "There is a floating island in the sea where no explorer has set foot, or, setting foot, has returned to tell of what he saw. Lying at our very doors, in the direct path of every steamer from the Gulf of Mexico to Europe, it is less known than is the frozen pole. Encyclopedias pass over it lightly; atlases dismiss it with but a slight mention; maps do not attempt to portray its ever-shifting outlines; even the Sunday newspapers, so keen to grasp everything of interest, ignore it. But on the decks of great ships in the long watches of the night, when the trade-wind snores through the rigging and the waves purr about the bows, the sailor tells strange tales of the spot where ruined ships, raked derelict from all the square miles of ocean, form a great island, ever changing, ever wasting, yet ever lasting; where, in the ballroom of the Atlantic, draped round with encircling weed, they drone away their lives, balancing slowly in a mighty tourbillion to the rhythm of the Gulf Stream. Fanciful? Sailors’ tales? Stories fit only for the marines? Perhaps! Yet be not too sure! Jack Tar, slow of speech, fearful of ridicule, knows more of the sea than he will tell to the newspapers. Perhaps more than one has drifted to the isle of dead ships, and escaped only to be disbelieved in the maelstroms that await him in all the seaports of the world. Facts are facts, none the less because passed on only by word of mouth, and this tale, based on matter gleaned beneath the tropic stars, may be truer than men are wont to think."