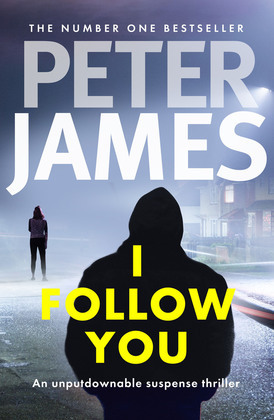 by Peter James (Author)
Read sample online Download sample
Fiction Thrillers
warning_amber
One or more licenses for this book have been acquired by your organisation details
EPUB
Unlimited loans, One at a time
Details

Obsession takes over the mind of a physician in this thriller by the #1 international bestselling author of the Roy Grace series.

Marcus Valentine seemingly has it all: He’s a smart, charming, and successful doctor with a wife, three kids, and a job he loves. But something, or rather someone, is missing . . .

One morning, driving to work, he almost runs down a female jogger crossing the road. Marcus cannot take his eyes off her. She is identical to a girl he was infatuated with in his teens. A girl he has never forgotten.

Lynette had dumped him harshly. For years he has fantasized about seeing her again. Might that jogger be her, all these years later? Or is it just an incredible coincidence? Soon Marcus is consumed with thoughts of this woman. And when events take an unexpected turn, his obsession threatens to destroy them both.

But even then, he won’t stop. He can’t stop.

“Peter James is on form again with I Follow You, which explores the mind of a stalker.” —The Independent

“Another stonking story from the master of the craft.” —Daily Express