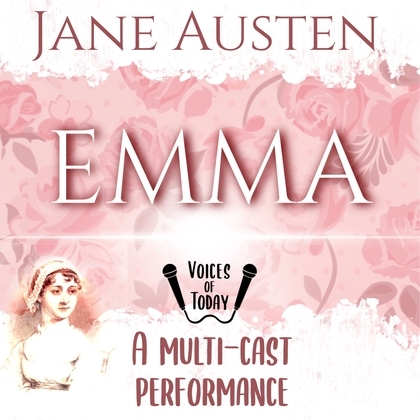 Emma was written after the publication of Pride and Prejudice and was the last novel of Jane Austen to be published in her lifetime.

Of the title character, Austen wrote: “I am going to take a heroine whom no one but myself will much like.” Emma is a vivacious twenty-year-old, who has spent her life in the pleasant seclusion of a village community and who lives with her widowed valetudinarian father. Most of the neighbors admire and approve of her, except for George Knightley, a local landowner, who often expresses his disapproval of Emma’s highhanded and controlling tendencies, in particular her assumption of the unofficial role of matchmaker. Much of the early action focuses on Emma’s attempt to encourage the courtship of her ingenuous friend Harriet Smith and Philip Elton, the local vicar. When this scheme fails, Emma switches her attention to her own romantic attachments, and again errs in misjudging the behavior of a potential suitor, Frank Churchill. However, in the end, as in all Austen novels, all the eligible couples are satisfactorily paired off, and Emma is led to understand how little she previously knew about how truly long-lasting relationships are formed.

Like all the other works of Jane Austen, Emma has been used as the basis for a number of presentations on film and television series, including Clueless, a 1995 American romcom.