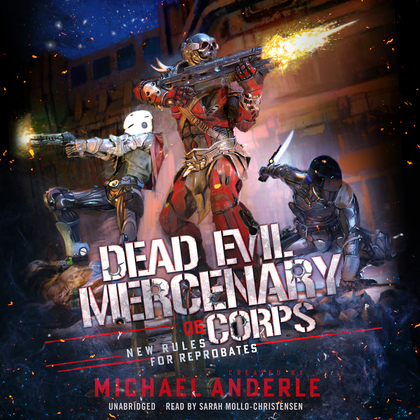 The DEMC are close to winning the long, ugly fight they were never assured they’d see the end of.

What stands between our intrepid mercs and victory is the fight for their lives.

The enemies they are about to be pitted against make their endeavors so far look like a cake walk. Killer bugs and government conspiracies are old hat. Armies of mutants spreading like a plague, a host of life-snuffing cyborgs that won’t stop “cleaning,” and fierce competition between the various factions. Let’s just say that when this is over, the DEMC are going to need some serious R&R … assuming they make it through this in one piece.

Survival was never a given, but the DEMC have just the give-‘em-hell attitude needed to see this job through. That, or leave them all as greasy stains on the deck. Either way, they’ll be getting that downtime sooner or later. The life of any merc comes down to quick draws, heavy metal, and enough cold creds to keep them coming back for more. The DEMC just made war into an art form.