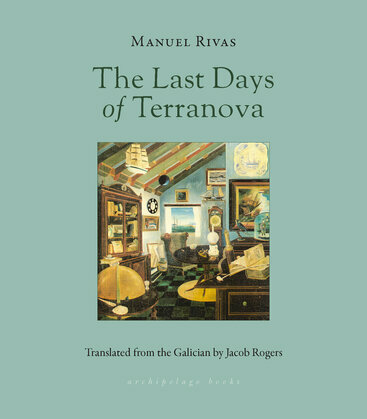 The Last Days of Terranova

A far-reaching story of an outcast and his bookstore: a home to forbidden books, political dissidents, and cultural smugglers all brought to vivid poetic life

“Rivas is a master… His pages bloom like flowers, swerving in unpredictable arcs toward a light-source that is constantly moving.”  —Bookforum

The Last Days of Terranova tells of Vicenzo Fontana, the elderly owner of the long-standing Terranova Bookstore, on the day it's set to close due to the greed of real-estate speculators. On this final day, Vincenzo spends the night in his beloved store filled with more than seventy years of fugitive histories.

Jumping from the present to various points in the past, the novel ferries us back to Vicenzo's childhood, when his father opened the store in 1935, to the years that the store was run by his Uncle Eliseo, and to the years in the lead-up to the democratic transition, which Vicenzo spent as far away from the bookstore as possible, in Madrid.

Like the bookstore itself, The Last Days of Terranova is a space crammed with stories, histories, and literary references, and as many nooks, crannies, and complexities, brought to life in Rivas’s vital prose.