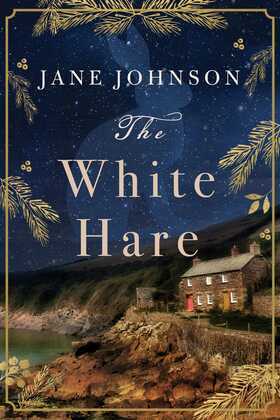 by Jane Johnson (Author)
Download sample
Fiction Historical Contemporary women
warning_amber
One or more licenses for this book have been acquired by your organisation details
EPUB
Unlimited loans, 2 years, One at a time
Details

For fans of Alice Hoffman and Kate Morton, The White Hare is a spellbinding novel about mothers and daughters finding a new home for themselves, the secrets they try to bury, and the local legends that may change their lives.

In the far west of Cornwall lies the White Valley, which cuts deeply through bluebell woods down to the sea at White Cove. The valley has a long and bloody history, laced with folklore, and in it sits a house above the beach that has lain neglected since the war. It comes with a reputation and a strange atmosphere, which is why mother and daughter Magdalena and Mila manage to acquire it so cheaply in the fateful summer of 1954.

Magda has grand plans to restore the house to its former glory as a venue for glittering parties, where the rich and celebrated gathered for cocktails and for bracing walks along the coast. Her grown daughter, Mila, just wants to escape the scandal in her past and make a safe and happy home for her little girl, Janey, a solitary, precocious child blessed with a vivid imagination, much of which she pours into stories about her magical plush toy, Rabbit.

But Janey’s rabbit isn’t the only magical being around. Legend has it that an enchanted white hare may be seen running through the woods. Is it an ill omen or a blessing? As Mila, her mother, and her young daughter adjust to life in this mysterious place, they will have to reckon with their own pasts and with the secrets that have been haunting the White Valley for decades.