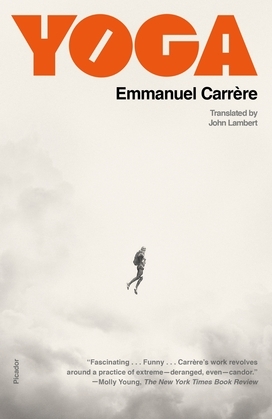 A Novel
by Emmanuel Carrère (Author), John Lambert (Translator)
Read sample online Download sample
Nonfiction Biography & autobiography Personal memoirs
warning_amber
One or more licenses for this book have been acquired by your organisation details
EPUB
Unlimited loans, 2 years, One at a time
Details

Named a Best Book of 2022 by The Guardian

This is a book about yoga. Or at least, it was.

Emmanuel Carrère is a renowned writer. After decades of emotional upheaval, he has begun to live successfully—he is healthy; he works; he loves. He practices meditation, striving to observe the world without evaluating it. In this state of heightened awareness, he sets out for a ten-day silent retreat in the French heartland, leaving his phone, his books, and his daily life behind. But he’s also gathering material for his next book, which he thinks will be a pleasant, useful introduction to yoga.

Four days later, there’s a tap on the window: something has happened. Forced to leave the retreat early, he returns to a Paris in crisis. Life is derailed. His city is in turmoil. His work-in-progress falters. His marriage begins to unravel, as does his entanglement with another woman. He wavers between opposites—between self-destruction and self-control; sanity and madness; elation and despair. The story he has told about himself falls away. And still, he continues to live.

This is a book about one man’s desire to get better, and to be better. It is laced with doubt, animated by the dangerous interplay between what is fiction and what is real. Loving, humorous, harrowing and profound, Yoga hurls us towards the outer edges of consciousness, where, finally, we can see things as they really are.