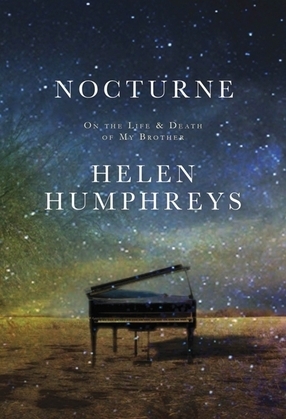 by Helen Humphreys (Author)
Read sample online Download sample
Nonfiction Health & fitness Anxieties and stress
warning_amber
One or more licenses for this book have been acquired by your organisation details
EPUB
26 loans, One at a time
Details

Helen Humphreys’ younger brother was gone before she could come to terms with the fact that he was terminally ill. Diagnosed with stage 4B pancreatic cancer at the age of forty-five, he died four months later, leaving behind a grieving family. Martin was an extraordinary pianist who debuted at the Royal Festival Hall in London at the age of twenty, later becoming a piano teacher and senior examiner at the Royal Conservatory of Music. The two siblings, though often living far apart, were bonded on many levels.

Now Humphreys has written a deeply felt, haunting memoir both about and for her brother. Speaking directly to him, she lays bare their secrets, their disagreements, their early childhood together, their intense though unspoken love for one another. A beautifully articulated testament to the power of human connection, this poetic, candid and intimate book is an offering not only to the memory of Martin but to all those who are living through the loss of family and friends.