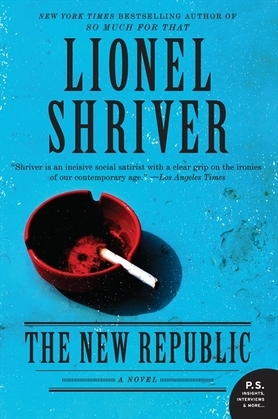 by Lionel Shriver (Author)
Read sample online Download sample
Fiction Literary English literature American and Canadian literature
warning_amber
One or more licenses for this book have been acquired by your organisation details
EPUB
26 loans, One at a time
Details

Ostracized as a kid, Edgar Kellogg has always yearned to be popular. A disgruntled New York corporate lawyer, he’s more than ready to leave his lucrative career for the excitement and uncertainty of journalism. When he’s offered the post of foreign correspondent in a Portuguese backwater that has sprouted a homegrown terrorist movement, Edgar recognizes the disappeared larger-than-life reporter he’s been sent to replace, Barrington Saddler, as exactly the outsize character he longs to emulate. Infuriatingly, all his fellow journalists cannot stop talking about their beloved “Bear,” who is no longer lighting up their work lives.

Yet all is not as it appears. Os Soldados Ousados de Barba—“The Daring Soldiers of Barba”—have been blowing up the rest of the world for years in order to win independence for their dismal province. So why, with Barrington vanished, do terrorist incidents claimed by the “SOB” suddenly dry up?

A droll, playful novel, The New Republic addresses weighty issues like terrorism with the tongue-in-cheek deftness that is vintage Shriver.