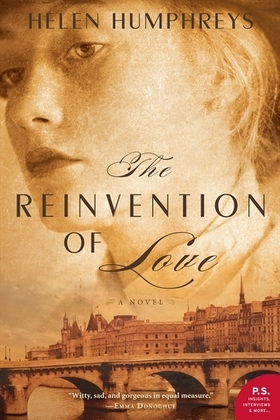 The Reinvention Of Love

by Helen Humphreys (Author)
Download sample
Fiction Historical 19th century English literature American and Canadian literature
warning_amber
One or more licenses for this book have been acquired by your organisation details
EPUB
26 loans, One at a time
Details

When Charles Sainte-Beuve, an ambitious French journalist, meets Victor Hugo, a young writer on the verge of fame, he finds himself in a world of great passions, a world where words can become swords. But, to his surprise, he is more attracted to Victor’s long-suffering wife, Adèle. When the two lovers create a scandale in Paris, Victor exacts his price for betrayal.

Set during the tumultuous reign of Napoleon III, and sweeping from France to the Channel Islands, to Halifax and back, The Reinvention of Love draws a rich portrait of the old city, where duels are fought in its parks and cholera-ridden bodies float in the Seine. Along its narrow, crime-filled streets, noble families and artists—Frédéric Chopin, Georges Sand, Alexandre Dumas—mix with ordinary citizens, who remain restless with ideas of revolution. Towering over all is the enormous talent of Victor Hugo, who is rapidly becoming the voice of France to the world.