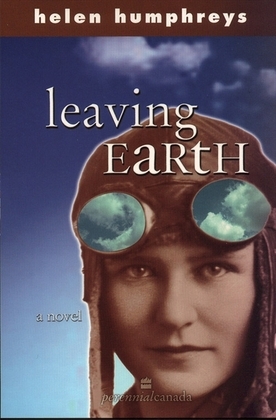 by Helen Humphreys (Author)
Download sample
Fiction Literary
warning_amber
One or more licenses for this book have been acquired by your organisation details
EPUB
26 loans, One at a time
Details

On August 1, 1933, two young women, the famous aviatrix Grace O'Gorman and the inexperienced Willa Briggs, take off in a tiny Moth biplane to break the world flight endurance record. Their plan: to circle above the city of Toronto for twenty-five days.

So begins Leaving Earth, a haunting evocation of an era when heroic women defied the limitations of their sex by embarking on perilous ventures. Sponsored by the Adventure Girl Almanac, "Air Ace Grace" and Willa soar above the city while below the Depression takes its toll and the shadows of the coming war lengthen. But as the days pass, the women's ties to humanity fall away, and the growing intensity of their connection becomes as gripping as the perils that besiege them. For the two pilots, there is no speech over the wind's rush, only an elaborate sign language in which they must invent the world anew. All the while, the endurance test wears on, its outcome jeopardized by fatigue, weather, mechanical breakdown, and the lethal efforts of a saboteur.

In this accomplished debut, Helen Humphreys displays the sensuous, shimmering language of a poet as she evokes the early days of flying and all that is fine--and base--in human nature.