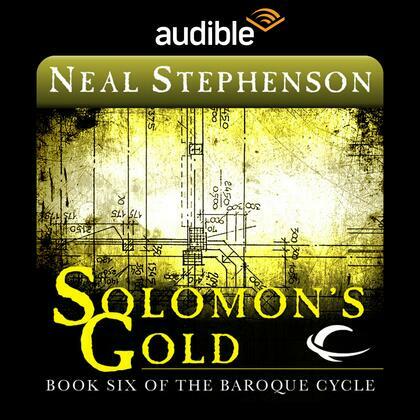 In the year 1714, the world is a most confused and unsteady place — especially London, center of finance, innovation, and conspiracy — when Daniel Waterhouse makes his less-than-triumphant return to England’s shores. Aging Puritan and Natural Philosopher, confidant of the high and mighty, and contemporary of the most brilliant minds of the age, he has braved the merciless sea and an assault by the infamous pirate Blackbeard to help mend the rift between two adversarial geniuses at a princess’s behest. But while much has changed outwardly, the duplicity and danger that once drove Daniel to the American Colonies is still coin of the British realm.

The Baroque Cycle, Neal Stephenson’s award-winning series, spans the late 17th and early 18th centuries, combining history, adventure, science, invention, piracy, and alchemy into one sweeping tale. It is a gloriously rich, entertaining, and endlessly inventive historical epic populated by the likes of Isaac Newton, William of Orange, Benjamin Franklin, and King Louis XIV, along with some of the most inventive literary characters in modern fiction.

Audible’s complete and unabridged presentation of The Baroque Cycle was produced in cooperation with Neal Stephenson. Each volume includes an exclusive introduction read by the author.