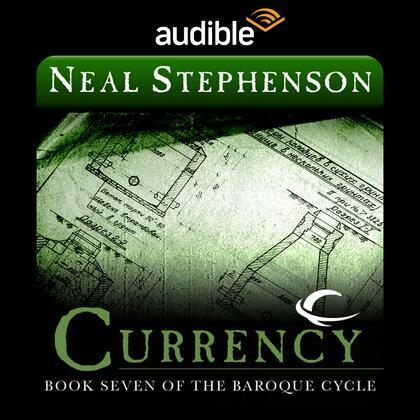 Daniel Waterhouse finds himself embroiled in a dark conflict that has been raging in the shadows for decades. It is a secret war between the brilliant, enigmatic Master of the Mint (and closet alchemist) Isaac Newton and his archnemesis, the insidious counterfeiter Jack the Coiner, a.k.a. Jack Shaftoe, King of the Vagabonds. Hostilities are suddenly moving to a new and more volatile level, as Jack plots a daring assault on the Tower of London itself, aiming for nothing less than the total corruption of Britain’s newborn monetary system.

The Baroque Cycle, Neal Stephenson’s award-winning series, spans the late 17th and early 18th centuries, combining history, adventure, science, invention, piracy, and alchemy into one sweeping tale. It is a gloriously rich, entertaining, and endlessly inventive historical epic populated by the likes of Isaac Newton, William of Orange, Benjamin Franklin, and King Louis XIV, along with some of the most inventive literary characters in modern fiction.

Audible’s complete and unabridged presentation of The Baroque Cycle was produced in cooperation with Neal Stephenson. Each volume includes an exclusive introduction read by the author.