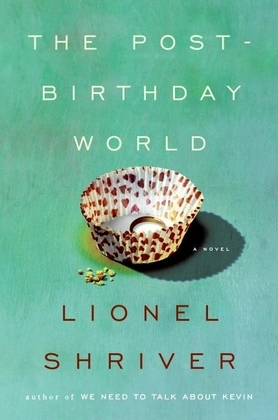 A Novel
by Lionel Shriver (Author)
Read sample online Download sample
Fiction Literary Contemporary women
warning_amber
One or more licenses for this book have been acquired by your organisation details
EPUB
26 loans, One at a time
Details

“Complex and nervy, Shriver’s clever meditation will intrigue anyone who has ever wondered how things might have turned out had they followed, or ignored, a life-changing impulse.” — People (Critic's Choice)

Does the course of life hinge on a single kiss? Whether the American expatriate Irena McGovern does or doesn’t lean into a certain pair of lips in London will determine whether she stays with her smart, disciplined, intellectual American partner Lawrence, or runs off with Ramsey—a wild, exuberant British snooker star the couple has known for years. Employing a parallel-universe structure, Shriver follows Irena’s life as it unfolds under the influence of two drastically different men.

In a tour de force that, remarkably, has no villains, Shriver explores the implications, both large and small, of our choice of mate—a subject of timeless, universal fascination for both sexes.