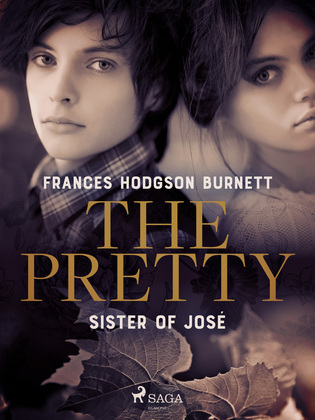 The Pretty Sister of José

When their parents suddenly die, siblings José and Pepita are left in the care of their grandmother, already an old woman. Their uncle is a wealthy man, yet he only helps by giving the children some fallen fruit to eat every now and again.

Life is hard in rural Spain during the 19th century, and from a young age José must work in his uncle’s vineyards. José is slow and simple, while his sister, seemingly the more fortunate of the two, grows more beautiful every day. Surely a girl of such beauty must be destined for greater things, suggests the village priest, Padre Alejandro. He tells the children to travel to Madrid, and so they do, but life in the big city turns out to be just as hard as life in the countryside, and much more complicated...

‘The Pretty Sister of José’ by Frances Hodgson Burnett is not only a tale of struggle and romance. It is also a political commentary on the position of girls and women in a society that favours the limited few.

Enjoy Burnett’s descriptions of 19th-century Madrid with colorful markets where the smell of jasmine and orange fruits hangs heavy in the air, like the set of a film by Oscar-winning Spanish director Pedro Almodóvar.