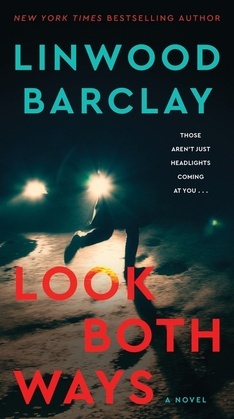 A Novel
by Linwood Barclay (Author)
Read sample online Download sample
Fiction Mystery & detective Suspense
warning_amber
One or more licenses for this book have been acquired by your organisation details
EPUB
26 loans, One at a time
Details

Inspired by his decades-long love of cars, internationally bestselling author Linwood Barclay envisions a world in which automotive technology outpaces our wildest dreams—and our darkest nightmares—in a gripping new novel of action and suspense

These headlights are watching you…

The media have descended on Garrett Island, a small, isolated community that is the setting of a visionary experiment. All the residents’ cars were sent to the mainland and for the past month the islanders have been “driving” the Arrival, a revolutionary autonomous vehicle. With a simple voice command, an Arrival will take you wherever you want to go and, because the fleet is networked and aware of one another, car travel is now 100% safe. The future, it seems, has arrived.

As the excitement reaches a fever pitch, Sandra Montrose—islander, single mom, and public relations executive—prepares for Arrival Inc.’s flashy press event. Sandra is more than ready for this new world. Her husband died after falling asleep at the wheel and she’s relieved that her two teens, Archie and Katie, will never need driver’s licenses.

But as the celebratory day gets underway, disaster strikes. A visiting journalist has vanished, possibly murdered. Before long, the Arrivals run amok, no longer taking orders from their passengers. They’re starting to organize. They’re beginning to hunt. And they seem hell-bent on killing any human they encounter.

Is this all just a tragic accident, a technological malfunction with deadly consequences? Or were the vehicles programmed to act this way in a cruel act of corporate sabotage? Or could it be that the Arrivals have a mind of their own?

Fasten your seatbelts—it’s going to be a bumpy ride