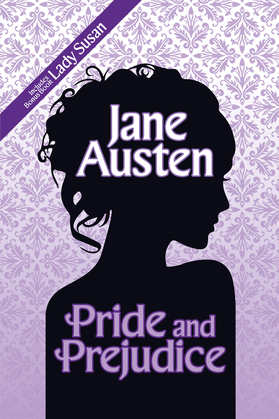 Deluxe Edition includes Bonus Book: Lady Susan
by Jane Austen (Author)
Download sample
Fiction Classics Humorous
warning_amber
One or more licenses for this book have been acquired by your organisation details
EPUB
Unlimited loans, One at a time
Details

This edition includes the Bonus Book: Lady Susan, which will delight Jane Austen fans with its wit and elegant expression.

Pride and Prejudice, one of the most popular novels in English literature, with over 20 million copies sold, was written by Jane Austen in 1813. This comedy of manners set in the English countryside follows the vivacious, opinionated heroine, Elizabeth Bennet, as she learns about the repercussions of first impressions and the difference between superficial and actual goodness. Her father, Mr. Bennet, has a problem. He has five unmarried daughters and no sons. Since his wife lacks an inheritance and his property can only be passed to a male heir, his family will become penniless upon his death. Thus, at least one of the girls must marry well in order to support the others. Their mother’s sharp eye is constantly seeking that wealthy single man even though her daughters aren’t totally on board with marrying anyone flung at them.

When a wealthy and sociable young gentleman, Charles Bingley, rents a nearby manor, the opportunity to find husbands presents itself. His handsome, intelligent, yet arrogant and somewhat socially awkward friend, the aristocratic landowner Mr. Fitzwilliam Darcy, is repeatedly forced into the company of Bennet’s independent-minded daughter Elizabeth, who must overcome the prejudice of her first impression and open herself up to the idea of a romance between the two.

Jane Austen's radiant wit sparkles throughout as many subtle shades of pride do battle with countless layers of prejudice in this ultimate "happy ever after" tale.