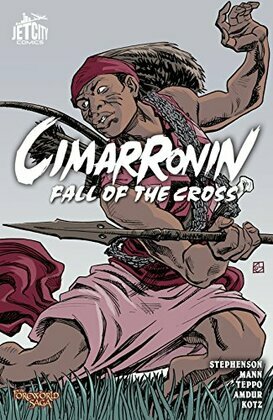 Cimarronin: Fall of the Cross

Cimarronin: Fall of the Cross continues the adventures of Kitazume, an exiled samurai adrift in New Spain, and his mysterious companion, the disgraced Jesuit priest Luis Pérez de Guzmán.

The two men have known each other for more than twenty years, and their histories have a way of catching up with them. As they become embroiled in the deadly politics of New Spain, Kitazume uses his lethal skills to save his friends—and to find redemption. Meanwhile, Luis secretly works as a member of the legendary Shield-Brethren, whose mission is to see that neither China nor Spain controls the silver mines owned by his father.

As the silver caravans in Mexico are raided by gangs of escaped African slaves known as cimarrónes, Kitazume and Luis race to stop the cimarrónes’ leader, El Gato, from plunging the entire region into a tragic period of bloody conflict…

This book was initially released in episodes as a Kindle Serial. All episodes are now available for immediate download as a complete book.