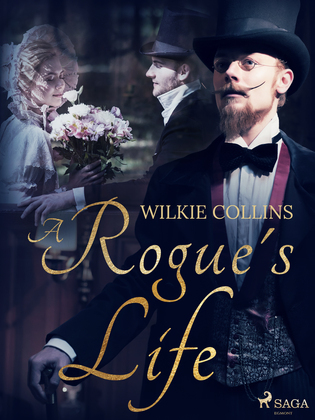 If you have ever come across the word "rogue" before, chances are you have either been playing video games, perused old X-Men comics or have overheard it as part of your aunt's vocabulary, while she was being cajoled over the phone by that slick, dapper mediterranean gentleman she met on her holiday in Barcelona. Shockingly, and somewhat regrettably, Wilkie Collins is less romantically inclined and resorts to using the word in its traditional sense of "a proper scoundrel".

With character names such as "Frank Softly" and "Dr. Dulcifer", you would be forgiven for thinking that this story is a comedy (or a piece of pornography) but not quite so, although it does contain humorous elements. Frank Softly is unsuccessful in his career choices but manages to fall in love with the good doctor's daughter. Continuing his streak of questionable luck, Frank's new father-in-law turns out to be a professional fraudster – a business in which our happy-go-lucky protagonist unwillingly finds himself entangled, becoming the eponymous "rogue". A moment whose modern equivalent would be the point in the comic book movie where somebody says the film's title aloud.

An uplifting tale of thwarted ambition and clandestine love, "A Rogue's Life" is a short novel originally published in "Household Words" in 1856 and in book form in 1879.

Novelist, playwright, genre pioneer, opium addict, mentee of Charles Dickens, magnificently bearded individual – Englishman Wilkie Collins (1824-1889) has many titles to his name.
Having a knack for mystery and unconventional characters, Collins' biggest contribution to world literature comes in the forms of "A Women in White" (1859) and "The Moonstone" (1868), with the former being mentioned on his headstone while the latter is widely considered the first modern detective novel.