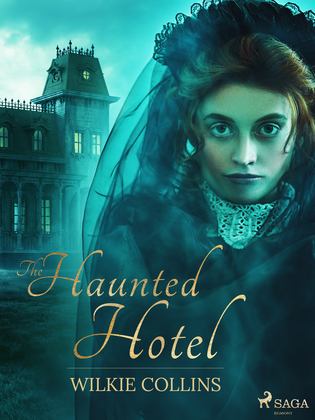 Old-timey horror is often a hard sell to a modern, visually-oriented audience whose palettes have long been cleansed, and numbed, by jumpscares, the gorefests of SAW-movies and the now common trope of evil children. Thus pampered by excess, it can be hard to ignore the old works' ghost strings, cheap rubber masks and the fact that the world and its horrors back then was simply... simpler. And when Wilkie Collins, on top of all that, graces this story with what sounds like the working title of Frasier Crane's disastrous classic radio drama "Nightmare Inn" from season 4 of the eponymous sitcom, the hill suddenly seems all the steeper.
Fear not, however – well, not yet at least, as "The Haunted Hotel" is classified as "unusually horrific for Collins" by collinseurs.

Breaking off his engagement to Agnes Lockwood, Lord Montbarry moves into an old dilapidated palace in Venice with his new wife and her brother. But when the lord suddenly ends up dead, his brother Henry and Agnes suspect an insurance fraud on part of Montbarry's new family. As the palace is refurbished into a hotel, the pair opts to stay there in search of the truth and even with Collins' normal flair for the supernatural in mind, the story veers in almost tangible spookiness. For the time, at any rate.

"The Haunted Hotel" was originally published in book form with "My Lady's Money" (1877) and dedicated to his friends Mr. and Mrs. Sebastian Schlesinger.

Novelist, playwright, genre pioneer, opium addict, mentee of Charles Dickens, magnificently bearded individual – Englishman Wilkie Collins (1824-1889) has many titles to his name.
Having a knack for mystery and unconventional characters, Collins' biggest contribution to world literature comes in the forms of "A Women in White" (1859) and "The Moonstone" (1868), with the former being mentioned on his headstone while the latter is widely considered the first modern detective novel.