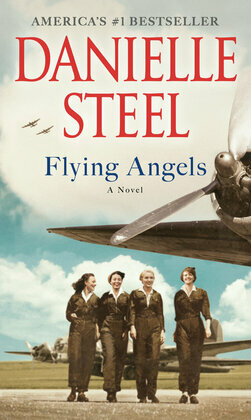 Audrey Parker’s life changes forever when Pearl Harbor is attacked on December 7, 1941. Her brother, a talented young Navy pilot, had been stationed there, poised to fulfill their late father’s distinguished legacy. Fresh out of nursing school with a passion and a born gift for helping others, both Audrey and her friend Lizzie suddenly find their nation on the brink of war. Driven to do whatever they can to serve, they enlist in the Army and embark on a new adventure as flight nurses.

Risking their lives on perilous missions, they join the elite Medical Air Evacuation Transport Squadron and fly into enemy territory almost daily to rescue wounded soldiers from the battlefield. Audrey and Lizzie make enormous sacrifices to save lives alongside an extraordinary group of nurses: Alex, who longs to make a difference in the world; Louise, a bright mind who faced racial prejudice growing up in the South; Pru, a selfless leader with a heart of gold; and Emma, whose confidence and grit push her to put everything on the line for her patients.

Even knowing they will not achieve any rank and will receive little pay for their efforts, the “Flying Angels” will give their all in the fight for freedom. They serve as bravely and tirelessly as the men they rescue on the front lines, in daring airlifts, and are eternally bound by their loyalty to one another. Danielle Steel presents a sweeping, stunning tribute to these incredibly courageous women, inspiring symbols of bravery and valor.