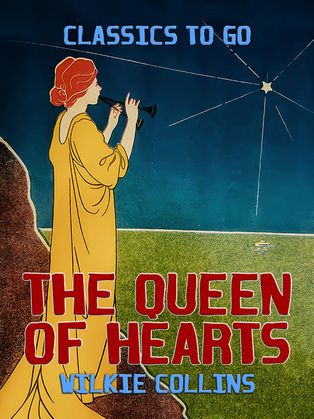 The Queen of Hearts

A remote castle in Wales inhabited by three older men is the last place on earth that a young, lively girl of 18 would want to spend time. And yet, when forced by circumstances to take up residence there for six weeks prior to coming of age, Jessie surprises them all by finding immense enjoyment in the experience and by capturing each of her adopted uncles' hearts. As the time grows near for her to return to England, the three brothers find it necessary to trick her into prolonging her stay until a certain day. They cunningly decide to "trap" her interest by suggesting a new scheme of entertainment. Having heard her complaints about the lack of good stories present in the day's literature ("I'm sick to death of novels with an earnest purpose...what I want is something that seizes hold of my interest and makes me forget when it is time to dress for dinner, something that keeps me reading, reading, reading, in a breathless state to find out the end,") they propose to take turns telling her thrilling stories that will satisfy her taste for excitement and adventure. Jessie agrees to a trial run and, delighted by the first of the stories, continues to await each new instalment with eager anticipation. When the last story is told, the reason for their scheme's necessity is unveiled after a brief period of heightened uncertainty about its success and Jessie finds her ties to the three men and the old castle made even tighter.In Basil's secret and unconsummated marriage to the linen-draper's sexually precocious daughter, and the shocking betrayal, insanity, and death that follow, Wilkie Collins reveals the bustling, commercial London of the 19th century wreaking its vengeance on a still powerful aristocratic world. (Goodreads)