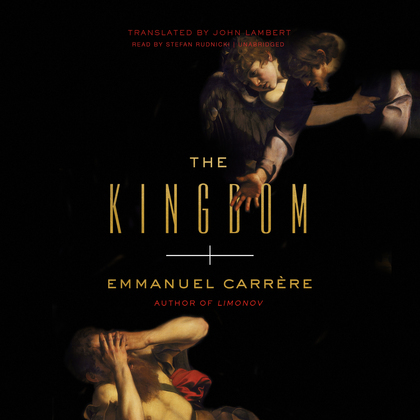 A sweeping fictional account of the early Christians, whose unlikely beliefs conquered the world

Gripped by the tale of a Messiah whose blood we drink and body we eat, the genre-defying author Emmanuel Carrère revisits the story of the early Church in his latest work. With an idiosyncratic and at times iconoclastic take on the charms and foibles of the Church fathers, Carrère ferries readers through his “doors” into the biblical narrative. Once inside, he follows the ragtag group of early Christians through the tumultuous days of the faith’s founding.

Shouldering biblical scholarship like a camcorder, Carrère recreates the climate of the New Testament with the acumen of a seasoned storyteller, intertwining his own reckoning of the central tenets of the faith with the lives of the first Christians. Carrère puts himself in the shoes of Saint Paul and above all Saint Luke, charting Luke’s encounter with the marginal Jewish sect that eventually became Christianity and retracing his investigation of its founder, an obscure religious freak who died under notorious circumstances.

Boldly blending scholarship with speculation, memoir with journalistic muckraking, Carrère sets out on a headlong chase through the latter part of the Bible, drawing out protagonists who believed they were caught up in the most important events of their time.

An expansive and clever meditation on belief, The Kingdom chronicles the advent of a religion and the ongoing quest to find a place within it.