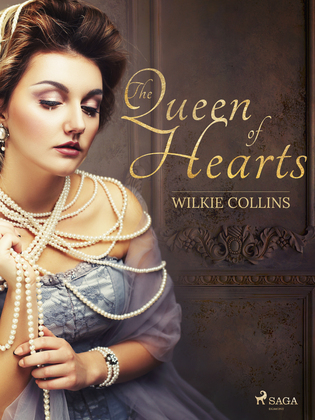 The Queen of Hearts

Enticed by a large sum of money, Jessie, a spunky young girl of 20 summers, moves into a grand house inhabited by three older men. Now, if you think you already know where "Queen of Hearts" is heading, you should get your mind out of the gutter, because the year is 1859 and the style is chaste romance... but with a twist.

The titular Queen of Hearts, Jessie, is a sensation with the three brothers, but her stay is numbered to only six full weeks (a calamity in itself) yet to top it off, one of the brothers' sons is in love with Jessie and wants to get home in time to propose. Thus, it falls to her hosts to delay Jessie's departure and so they devise a plan to compose and tell stories to enthrall and captivate her.

Suddenly, one novel has split into 10 short stories and you feel like you're sitting at the bus stop next to Forrest Gump, engulfed by personal tales of everything from ping-pong to New Year's Eve with Lieutenant Dan before the main story picks up again. Just set yourself up for a happier ending.

Novelist, playwright, genre pioneer, opium addict, mentee of Charles Dickens, magnificently bearded individual – dead Englishman Wilkie Collins (1824-1889) has many titles to his name. Having a knack for mystery and unconventional characters, Collins' biggest contribution to world literature comes in the forms of "A Women in White" (1859) and "The Moonstone" (1868), with the former being mentioned on his headstone while the latter is widely considered the first modern detective novel.