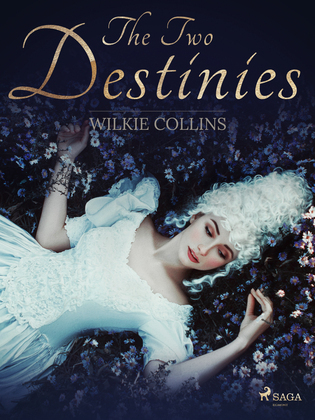 Surprisingly, not the true story about what happened to the other two after Beyoncé disbanded Destiny's Child to pursue a solo career, "The Two Destinies" is a manageable little number about George and Mary – star-crossed lovers from different social classes. The setting is mid-19th Century England – a convenient Collins favourite.

But before you glance at your copy of Pride & Prejudice, groan about this novel being yet another installment of a tired old trope and unpause "Bootylicious", keep reading because there's more! Old fortune-telling crones, transatlantic voyages, fat inheritances, malicious scandals, starving children, attempted suicides, spectres and disabled people – the story is a hotpot of explosive adjectives and colourful nouns. For the period at least.

A classic story with many twists and turns, some even of the supernatural variety, "The Two Destinies" is a short and sweet exploration of kindred spirits vs. societal hierarchies – short enough that it can be finished during one sitting of Titanic (1997). And you already know how that one ends. In fact, you've known since 1912.

Novelist, playwright, genre pioneer, opium addict, magnificently bearded individual – dead Englishman Wilkie Collins (1824-1889) has many titles to his name. Having a knack for mystery and unconventional characters, Collins' biggest contribution to world literature comes in the forms of "A Women in White" (1859) and "The Moonstone" (1868), with the former being mentioned on his headstone while the latter is widely considered the first modern detective novel.