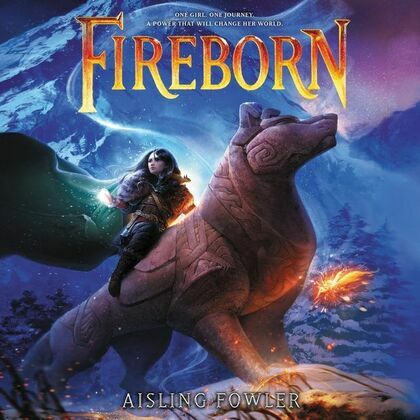 Fireborn #1
by Aisling Fowler (Author), Hayden Bishop (Narrateur)
Fiction Juvenile & young adult Fantasy, magic Advanced reader
warning_amber
One or more licenses for this book have been acquired by your organisation details
AUDIOBOOK
Unlimited loans, One at a time
Details

Lyra. Lucy. Percy. Once in a generation, a hero emerges whose story enthralls readers worldwide.

Fireborn is an epic quest, perfect for fans of the His Dark Materials and The School for Good and Evil series, that will spin readers into a magical world like no other—and introduce them to an unforgettable new heroine named Twelve.

Ember is full of monsters.

Twelve gave up her name and identity to train in the art of hunting them—so she says. The truth is much more deadly: she trains to take revenge on those who took her family from her.

But when Twelve’s new home is attacked, she’ll find herself on an unexpected journey, where her hidden past is inescapably intertwined with her destiny—and the very fate of her world.