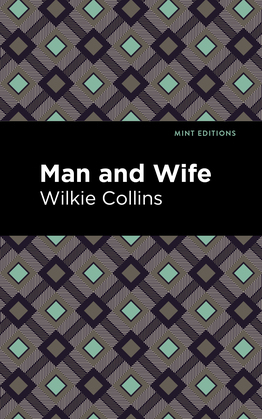 by Wilkie Collins (Author)
Read sample online Download sample
Fiction Classics Literary
warning_amber
One or more licenses for this book have been acquired by your organisation details
EPUB
Unlimited loans, One at a time
Details

Man and Wife (1870) is a novel by Wilkie Collins. Written at the height of Collins’ career, Man and Wife displays the author’s the trademark sense of mystery and psychological unease that made him a household name around the world. Recognized as an important Victorian novelist and pioneer of detective fiction, Wilkie Collins was a writer with a gift for thoughtful entertainment, stories written for a popular audience that continue to resonate with scholars and readers today. At the estate of Lady Lundie in the lush Scottish countryside, a complicated situation is beginning to unfold. Geoffrey Delamyn, a young heir, has secretly promised to marry Anne Silvester, the governess of Lady Lundie’s stepdaughter Blanche. When Geoffrey learns of his impending disinheritance, he realizes that in order to live a life of luxury he must find himself a wealthy widow to marry, thereby breaking his promise to Anne. Because of an antiquated Scots marriage law, his verbal commitment is legally binding, forcing Geoffrey to come up with a questionable plan to extricate himself from his contract. He employs the assistance of his friend Arnold, who disguises himself as Geoffrey and meets Anne at a local inn, where he refers to her as his wife in front of several witnesses. As the story unfolds, Arnold falls in love with Blanche, Anne seeks legal counsel, and Geoffrey does whatever he can to further his own interests at the expense of others. Beyond its sensational plot, Man and Wife is a masterpiece of comedy and social critique for seasoned readers of Victorian fiction and newcomers alike. With a beautifully designed cover and professionally typeset manuscript, this edition of Wilkie Collins’ Man and Wife is a classic work of English literature reimagined for modern readers.