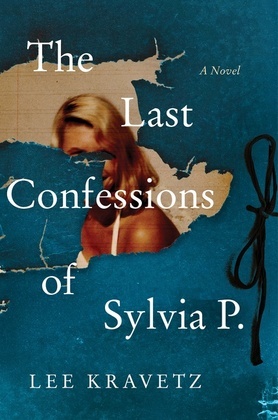 The Last Confessions of Sylvia P.

The Millions Most Anticipated Pick and A GMA March Reads Pick

“Lee Kravetz has created a bit of a miracle, a plot-driven literary puzzle box whose mystery lives in both its winding approach to history and its wonderous story. It’s a book full of ideas about inspiration and a love for language that translates across borders, physical and generational.”—Adam Johnson, Winner of the Pulitzer Prize for Fiction for The Orphan Master's Son

“Captivating . . . . Part truth, part fiction, the novel is an ingenious addition to an ever-growing body of work about Plath that has helped make her an American literary icon.”—Washington Post

Blending past and present, and told through three unique interwoven narratives that build on one another, a daring and brilliant debut novel that reimagines a chapter in the life of Sylvia Plath, telling the story behind the creation of her classic semi-autobiographical novel, The Bell Jar.

A seductive literary mystery and mutigenerational story inspired by true events, The Last Confessions of Sylvia P. imaginatively brings into focus the period of promise and tragedy that marked the writing of Sylvia Plath’s modern classic The Bell Jar. Lee Kravetz uses a prismatic narrative formed from three distinct fictional perspectives to bring Plath to life—that of her psychiatrist, a rival poet, and years later, a curator of antiquities.

Estee, a seasoned curator for a small Massachusetts auction house, makes an astonishing find: the original manuscript of Sylvia Plath’s semi-autobiographical novel, The Bell Jar, written by hand in her journals fifty-five years earlier. Vetting the document, Estee will discover she’s connected to Plath’s legacy in an unexpected way.

Plath’s psychiatrist, Dr. Ruth Barnhouse, treats Plath during the dark days she spends at McLean Hospital following a suicide attempt, and eventually helps set the talented poet and writer on a path toward literary greatness.

Poet Boston Rhodes, a malicious literary rival, pushes Plath to write about her experiences at McLean, tipping her into a fatal spiral of madness and ultimately forging her legacy.

Like Michael Cunningham’s The Hours, Paula McLain’s The Paris Wife, and Theresa Anne Fowler’s Z: A Novel of Zelda Fitzgerald, The Last Confessions of Sylvia P. bridges fact and fiction to imagine the life of a revered writer. Suspenseful and beautifully written, Kravetz’s masterful literary novel is a hugely appealing read.