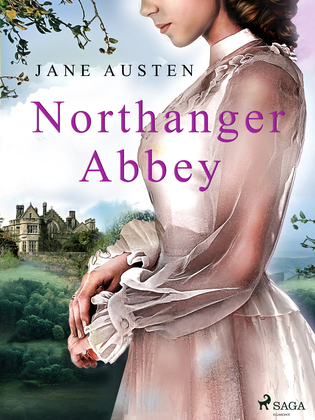 Filled with macabre mansions, things that go bump in the night and a healthy dose of farce, ‘Northanger Abbey’ is Jane Austen’s first novel and a satirical parody of the Gothic tradition.

As far as being seventeen goes, daydreaming yourself away as center stage in some dramatic and intense story is pretty standard fare. Such is the case for sweet and naïve Catherine Morland, who longs for the sort of adventure she reads about in the popular Gothic novels she is obsessed with. The friends and foes, lovers and haters of the party season in Bath provide adequate entertainment, but it's not until Catherine accepts an invitation to Northanger Abbey, the family home of devilishly handsome Henry Tilney, that things really start to get interesting. Dark and stormy nights abound at the creepy old mansion, setting the scene perfectly for Catherine to see the world from a new perspective and learn something about herself in the process.

Brilliantly humorous at its very core, melodramatic, and suspenseful, this coming-of-age novel is one of Austen's greatest works and a must-read for fans of Gothic novels.

Jane Austen (1775-1817) is one of the most beloved British writers of all time. During her short life, she published six novels: ´Sense and Sensibility´, ´Pride and Prejudice´, ´Mansfield Park´, ´Emma´, ´Northanger Abbey´ and ´Persuasion´, that are all considered as literary classics today. Her writing is full of sharp observations on the society in which she evolved, as well as ripe with timeless irony, and a solid dose of humour. She has created immortal characters that have inspired countless authors, novels, and movies such as Bridget Jones and Clueless.