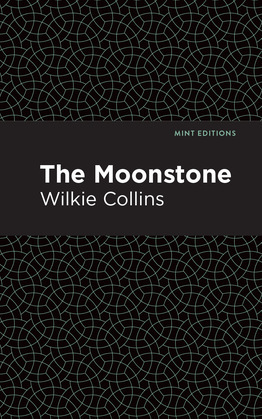 A sharp-witted detective investigates the mystery of a gem, plundered from India and now vanished in England, and discovers shifting motives, unreliable testimony and growing danger in this foundational classic of mystery fiction.

The Moonstone justly occupies an exalted position as a groundbreaking novel that opened the way for a great deal of genre fiction, mysteries and thrillers, but it is far more than simply an influence upon later works. This is an epistolary novel with a number of diverse and clearly incised viewpoints, displaying the author’s skill with both character and the unveiling of the elements of a mystery plot. One of the characters is the detective charged with finding the thief who stole the Moonstone, a huge diamond with a bloody history, and he is a clear precursor to A.C. Doyle’s Sherlock Holmes. Another character, much remarked upon at the novel’s original release, suffers from opium addiction, depicted with frightening clarity by Collins, who dealt with that issue firsthand. The plot is sensational but relayed realistically and builds to one of the most unusual plot twists in mystery literature, made all the more remarkable by virtue of appearing in the genre’s earliest days. Initially serialized in Charles Dickens magazine All The Year Round, The Moonstone was published in 1868 and has never been out of print since.

With an eye-catching new cover, and professionally typeset manuscript, this edition of The Moonstone is both modern and readable.