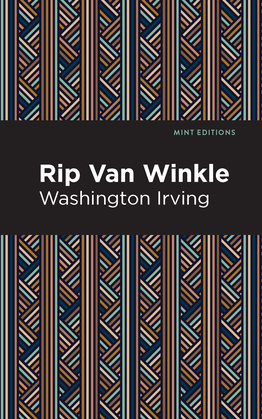 by Washington Irving (Author)
Read sample online Download sample
Fiction Fairy tales, folk tales & mythology
warning_amber
One or more licenses for this book have been acquired by your organisation details
EPUB
Unlimited loans, One at a time
Details

Rip Van Winkle is an easy-going Dutch American settler living in New York. Though he is happy to help his friends, Rip Van Winkle is unmotivated to complete the much-needed repairs or chores for his family’s farm. Worried about their financial well-being, Dame Von Winkle, Rip’s wife, often scolds him and tells him to work. One day, still uninterested in doing these jobs, Rip Van Winkle decides he needs a break from his wife. Accompanied by his dog, Rip begins to walk into the Catskill mountains, only to find a group of strange men with long beards and dressed in fancy, antique Dutch clothing. As they play games and drink liquor, Rip Van Winkle enjoys the merriment, helping himself to some drink. After deciding to take a nap, Rip settles against a tree with his dog and go to sleep. He had only intended on taking a break for one day, but when Rip Van Winkle wakes from his nap, his whole world has changed. After a twenty-year sleep, Rip goes down to his hometown, only to find that he doesn’t recognize anyone. As Rip searches the village for a familiar face, he finds that everything has changed—his family, his neighborhood, and even his country.

Originally published in 1819, Rip Van Winkle by Washington Irving is a unique and imaginative perspective on the American Revolution. Separated by Rip Van Winkle’s nap, Irving depicts both a pre and post revolution America, creating a stark distinction. Rip Van Winkle is a classic beloved tale, having been adapted for many media forms, such as television, film, animation, theater, and even music. With descriptive prose and memorable characters, Washington Irving’s Rip Van Winkle approaches themes of change, accompanied by symbolism and satire.

This edition of Washington Irving’s Rip Van Winkle preserves the original story of the well-known character while restoring it to modern standards. With a stylish font and an eye-catching cover design, this edition of Rip Van Winkle is perfect for a contemporary audience.