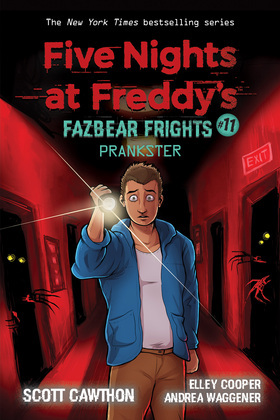 by Scott Cawthon (Author), Elley Cooper (Author), Andrea Waggener (Author)
Download sample
warning_amber
One or more licenses for this book have been acquired by your organisation details
EPUB
55 loans, One at a time
Details
Five Nights at Freddy's fans won't want to miss this pulse-pounding collection of three novella-length tales that will keep even the bravest FNAF player up at night...

Standing up for yourself can be hard . . .Jeremiah decides he's done being the butt of his coworker's jokes at their small game studio. Joel is counting the days until he can quit his family's garden center and hit the road to a new life. Aimee finally works up the courage to ditch her loud-mouthed, annoying friend at Freddy Fazbear's Pizza. But when it comes to Five Nights at Freddy's, even the most well-meaning actions can reap horrible consequences.

Readers beware: This collection of terrifying tales is enough to unsettle even the most hardened Five Nights at Freddy's fans.