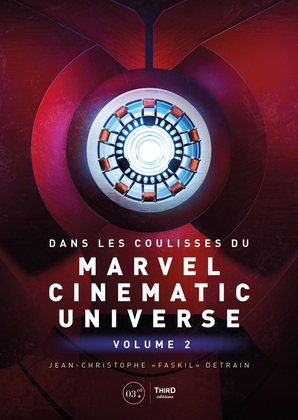 by Rémi Lopez (Author)
Nonfiction Arts Film & video History & criticism
warning_amber
One or more licenses for this book have been acquired by your organisation details
EPUB
55 loans, One at a time
Details

The catalyst of an era, of a world that was unaware of its downfall, Katsuhiro Otomo’s visionary work marked a turning point in the industry. First, in his homeland, Japan, in terms of graphics and plot on an entire generation of post-Akira artists who adopted his attention to detail, his realism and his dizzying views. But above all with his international reach, which threw Japanese comic strips and animations into the limelight in numerous countries, by trampling the rest of the world’s notion that cartoons are exclusively for children. This book dives headfirst into the radioactive culture that is the creative power of Katsuhiro Otomo, from the mangaka’s— already explosive—beginnings, up to winning recognition for Akira. Discover the themes and influences of this fundamentally anti-establishment work by exploring its socio-economic or simply literary aspects. The author of the work analyzes the phenomenon, from its tiny seed to the mighty tree, and reveals why Akira is, above all, a purely Japanese series.

This book will provide you with an analysis of the socio-historical context of Akira. It aims to help Western readers to better understand the escence of this graphic and narrative treasure.

Rémi Lopez graduated with a degree in Japanese from Bordeaux III University. In 2004, he cut his teeth as an author when he wrote website columns on video game soundtracks. Two years later, he joined the Gameplay RPG magazine in which he carried out the same task. He then followed the then editor-in-chief, Christophe Brondy, and his entire team to a new project: the monthly Role Playing Game magazine. Rémi wrote The Legend of Final Fantasy VIII and the book on the Original Soundtrack for Pix'n Love publications in 2013.