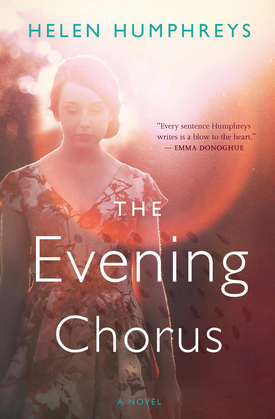 A Novel
by Helen Humphreys (Author)
Read sample online Download sample
Fiction Historical Literary
warning_amber
One or more licenses for this book have been acquired by your organisation details
EPUB
Unlimited loans, One at a time
Details

A “delicate and incandescent” novel of love, loss, escape, and the ways the natural world can save us amid the chaos of war (San Francisco Chronicle).

World War II. Downed during his first mission, James Hunter is taken captive as a German POW. To bide his time, he studies a nest of redstarts at the edge of camp. Some prisoners plot escape; some are shot. And then, one day, James is called to the Kommandant’s office. Meanwhile, back home, James’s new wife, Rose, is on her own, free in a way she has never known.

Then, James’s sister, Enid, loses everything during the Blitz and must seek shelter with Rose. In a cottage near Ashdown Forest, the two women jealously guard secrets, but form a surprising friendship. Each of these characters finds unexpected freedom amid war’s privations and discover confinements that come with peace.

“Lyrical . . . Humphreys is a metaphysical novelist; for her, intricate emotional content finds specific analogues in the made world.” —The New Yorker

“With her trademark prose—exquisitely limpid—Humphreys convinces us of the birdlike strength of the powerless.” —Emma Donoghue

“This riveting novel is a song. Listen.” —Richard Bausch