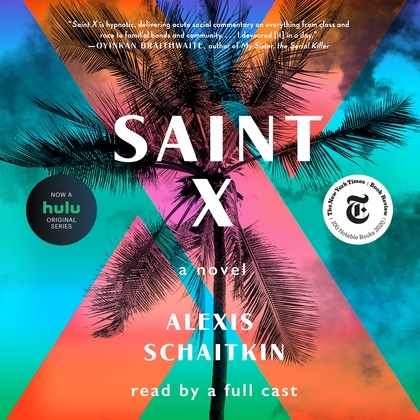 "Alexis Schaitkin’s splashy debut novel, Saint X, is an audiobook lover’s dream...Queue this one up for a murderous, dreamy delight." — Paste

For fans of Emma Cline’s The Girls and Lauren Groff’s Fates and Furies, Saint X is a flawlessly drawn and deeply moving story that culminates in an emotionally powerful ending.

“Here is a marvel of a book, a kaleidoscopic examination of race and privilege, family and self, told with the propulsive, kinetic focus of a crime novel. Brilliant and unflinching, Saint X marks the debut of a stunningly gifted writer. I simply couldn’t stop reading." – Chang-rae Lee, author of On Such A Full Sea