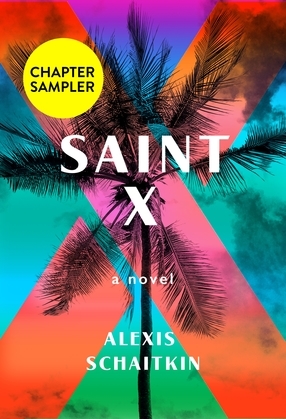 by Alexis Schaitkin (Author)
Read sample online Download sample
Fiction Literary Contemporary women
warning_amber
One or more licenses for this book have been acquired by your organisation details
EPUB
Unlimited loans, 2 years, One at a time
Details

This excerpt from Saint X, Alexis Schaitkin's riveting debut, contains the first section of the book.

For readers of Emma Cline’s The Girls and Lauren Groff’s Fates and Furies, Saint X is a flawlessly drawn and deeply moving story that culminates in an emotionally powerful ending.