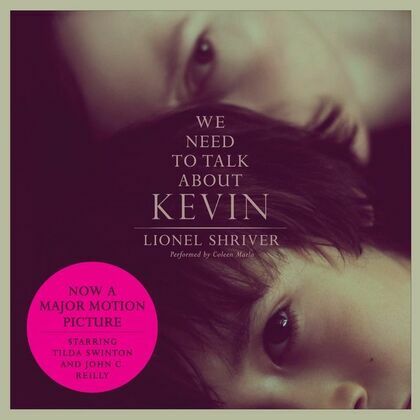 We Need to Talk About Kevin movie tie-in

A Novel
by Lionel Shriver (Author), Coleen Marlo (Narrateur)
Fiction
warning_amber
One or more licenses for this book have been acquired by your organisation details
AUDIOBOOK
Unlimited loans, One at a time
Details

Shriver’s resonant story of a mother’s unsettling quest to understand her teenage son’s deadly violence, her own ambivalence toward motherhood, and the explosive link between them reverberates with the haunting power of high hopes shattered by dark realities.

Eva never really wanted to be a mother—and certainly not the mother of the unlovable boy who murdered seven of his fellow high school students, a cafeteria worker, and a much-adored teacher who tried to befriend him, all two days before his sixteenth birthday. Now, two years later, it is time for her to come to terms with marriage, career, family, parenthood, and Kevin’s horrific rampage in a series of startlingly direct correspondences with her estranged husband, Franklin. Uneasy with the sacrifices and social demotion of motherhood from the start, Eva fears that her alarming dislike for her own son may be responsible for driving him so nihilistically off the rails.

Like Shriver’s charged and incisive later novels, including So Much for That and The Post-Birthday World, We Need to Talk About Kevin is a piercing, unforgettable, and penetrating exploration of violence, family ties, and responsibility.