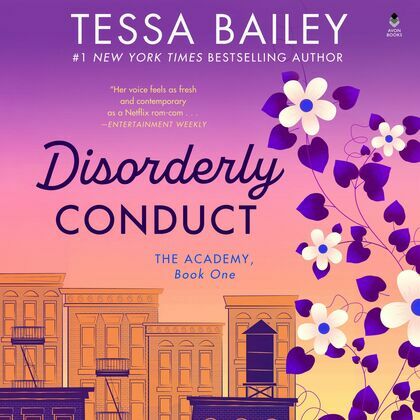 The Academy
by Tessa Bailey (Author), Samantha Cook (Narrateur), Alexander Cendese (Narrateur)
Fiction Romance Contemporary
warning_amber
One or more licenses for this book have been acquired by your organisation details
AUDIOBOOK
Unlimited loans, One at a time
Details

Police academy cadet Charlie Burns can’t believe his luck when the gorgeous blonde he meets in a bar murmurs those magic words: “Nothing serious, ’kay?” Mind-blowing, no-strings sex with Ever Carmichael—it’s the holy grail of hookups for a guy who’s too busy following in his law enforcement family’s footsteps to think about getting serious. Charlie’s all about casual…that is, until Ever calls it quits and his world tilts on its axis.

Ever knows that when you control the relationship game, you can’t get played. But for the first time, she wants more than short-term satisfaction. Step one: end her fling with commitment-phobic Charlie. Step two: sacrifice herself to the ruthless NYC dating scene. Yet everywhere she turns, there’s Charlie, being his ridiculously charming self. No online match or blind date compares to the criminally hot cop-in-training, but they’re over. Aren’t they?

If love is a four-letter-word, why does the idea of Ever seeing someone else tie Charlie up in knots?  Now he’s desperate to win her back…and a little date sabotage never hurt anyone, right?