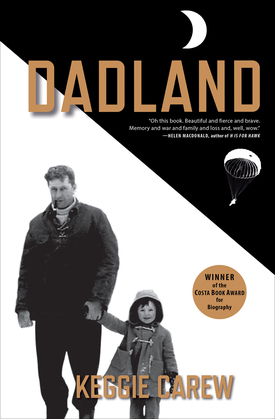 As her father’s memory fails, a daughter explores his military past: “Part family memoir, part history book . . . Compelling and moving from start to finish” (Financial Times).

For most of Keggie Carew’s life, she was kept at arm’s length from her father’s personal history. But when she is invited to join him for the sixtieth anniversary of the Jedburghs—an elite special operations unit that was the first collaboration between the American and British Secret Services during World War II—a new door opens in their relationship. As dementia begins to stake a claim over Tom Carew’s memory, Keggie embarks on a quest to unravel his story, and soon finds herself in a far more consuming place than she bargained for.

Tom Carew was a maverick, a left-handed stutterer, a law unto himself. As a Jedburgh he parachuted behind enemy lines to raise guerrilla resistance first against the Germans in France, then against the Japanese in Southeast Asia, where he won the nickname “Lawrence of Burma.” But his wartime exploits were only the beginning. A winner of the Costa Book Award, Dadland takes us on a journey through peace and war and shady corners of twentieth-century politics; though the author’s English childhood and the breakdown of her family, and into the mysterious realm of memory.

“Brings to mind Helen MacDonald’s H is for Hawk in the way it soars off in surprising directions, teaches you things you didn’t know, and ambushes your emotions.” ―NPR

“Astonishing . . . Mixes intimate memoir, biography, history and detective story: this is a shape-shifting hybrid that meditates on the nature of time and identity . . . Tom Carew was a razzle-dazzle character, larger than life and anarchically self-invented . . . For all its vigor and comic zest, Dadland is a careful and tender discovery that patiently circles around a man who spent his life mythologizing and running away from himself.” ―The Observer