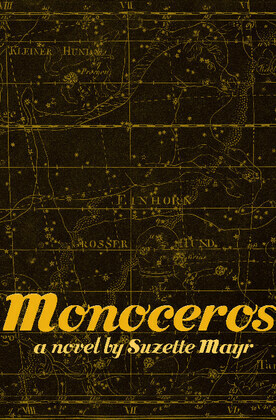 by Suzette Mayr (Author)
Read sample online Download sample
Fiction Literary
warning_amber
One or more licenses for this book have been acquired by your organisation details
EPUB
Unlimited loans, One at a time
Details

Shortlisted for the 2012 Furro-Grumley Award for LGBT Fiction

Shortlisted for the 2012 W.O. Mitchell Award for Best Calgary Fiction

Shortlisted for the 2012 Georges Bugnet Award for Alberta Fiction

Longlisted for the 2011 Scotiabank Giller Prize

“Venous Hum never fails to impress. Brash, macabre, and irreverent, it’s the kind of story you want to hear from a latter-day Scheherazade: so intoxicating you crave more.”—Vancouver Sun

A seventeen-year-old boy, bullied and heartbroken, hangs himself. And although he felt terribly alone, his suicide changes everyone around him.

His parents are devastated. His secret boyfriend's girlfriend is relieved. His unicorn- and virginity-obsessed classmate, Faraday, is shattered; she wishes she had made friends with him that time she sold him an Iced Cappuccino at Tim Hortons. His English teacher, mid-divorce and mid-menopause, wishes she could remember the dead student's name, that she could care more about her students than her ex's new girlfriend. Who happens to be her cousin. The school guidance counselor, Walter, feels guilty—maybe he should have made an effort when the kid asked for help. Max, the principal, is worried about how it will reflect on the school. And Walter, who's secretly been in a relationship with Max for years, thinks that's a little callous. He's also tired of Max's obsession with some sci-fi show on TV. And Max wishes Walter would lose some weight and remember to use a coaster.

And then Max meets a drag queen named Crepe Suzette. And everything changes.

Suzette Mayr is the author of three previous novels: Moon Honey, The Widows, and Venous Hum. The Widows was shortlisted for the Commonwealth Writers' Prize for Best Book in the Canada-Caribbean region, and has been translated into German. Moon Honey was shortlisted for the Georges Bugnet Award for Fiction and the Henry Kreisel Award for Best First Book. Suzette Mayr lives and works in Calgary, Alberta.