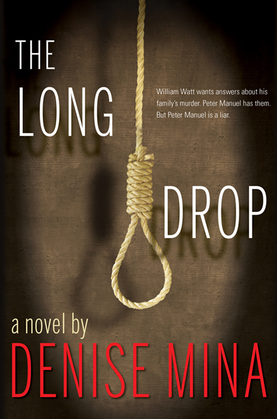 by Denise Mina (Author)
Read sample online Download sample
Fiction Thrillers Psychological English literature British literature
warning_amber
One or more licenses for this book have been acquired by your organisation details
EPUB
26 loans, One at a time
Details

A stand-alone true crime thriller from the acclaimed author of the Alex Morrow novels that exposes the dark hearts of the guilty . . . and the innocent.

True story: 1958, Glasgow. Peter Manuel broke into a suburban villa in Glasgow and murdered three members of the Watt family. William Watt, the father, a successful businessman and entrepreneur, was arrested and jailed for the crime, but the police couldn’t find enough evidence to charge him and he was released. Watt was determined to clear his own name and let it be known that he would pay for information. Peter Manuel contacted him and offered to help. The two men met in a bar and spent the next twelve hours drinking together.

No one knows what happened that night.

When Manuel was finally arrested weeks later on another murder charge, he represented himself in what the newspapers called the trial of the century.

The Long Drop is Denise Mina’s reimagining of the mysterious night Peter Manuel and William Watt spent together, intercut with the transcripted trial. Through a careful reconstruction of events, Mina’s riveting prose attempts to make sense of one of the most baffling and intriguing true crime cases in legal history.