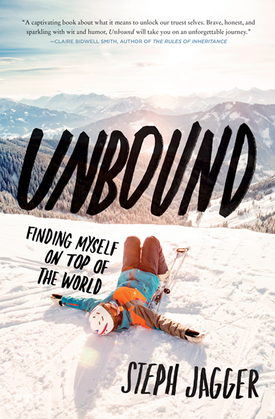 by Steph Jagger (Author)
Read sample online Download sample
Nonfiction Biography & autobiography Personal memoirs
warning_amber
One or more licenses for this book have been acquired by your organisation details
EPUB
26 loans, One at a time
Details

In the tradition of Wild and Eat, Pray, Love comes an epic, inspiring new story about one woman’s triumph of spirit as she follows winter across five continents

Steph Jagger had seen the ski-lift sign thousands of times—Raise Restraining Device, it read—but one day she took it personally as a rallying cry to shake off the life she had for the life she wanted. She had always been a force of nature, so why was she still holding herself back? Dissatisfied with the passive, limited roles she had seen for women when she was growing up, Steph emulated the men in her life—chasing success, climbing the corporate ladder, ticking the boxes, playing by the rules. She was accomplished. She was living The Dream. But it wasn’t her dream.

The sign became her mantra. Steph walked away from the success and security she had worked long and hard to obtain. She quit her job, took a second mortgage on her house, sold everything except her ski equipment and her laptop and bought a plane ticket. For the next year, she followed winter across five continents on a mission to break the world record for most vertical feet skied in a year—four million. What hiking was for Cheryl Strayed, skiing became for Steph: a crucible in which to crack open her life and melt it down to its very elements.

Electrifying, heartfelt and full of humour, Unbound is Steph’s story—an odyssey of courage and self-discovery that, like Wild and Eat, Pray, Love, will inspire readers to remove their own restraining devices and pursue the life they are meant to lead.