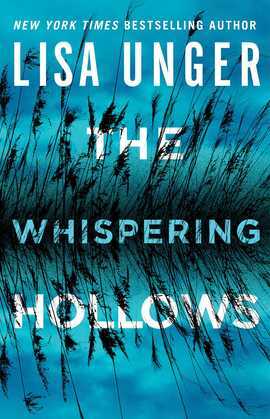 A Novella
by Lisa Unger (Author)
Read sample online Download sample
Fiction Mystery & detective Suspense
warning_amber
One or more licenses for this book have been acquired by your organisation details
EPUB
Unlimited loans, 2 years, One at a time
Details

For the first time New York Times bestselling author Lisa Unger delivers her three spellbinding short stories featuring reluctant psychic Eloise Montgomery together as one novella: The Whispers, The Burning Girl, and The Three Sisters, along with a new introduction to The Hollows and an excerpt from her upcoming thriller, Ink and Bone—Unger’s chilling story that highlights why The Washington Post hailed her writing as “brisk, crafty, and fascinating.”

Part One: The Whispers

On an ordinary day in The Hollows, a terrible accident claims the lives of Eloise Montgomery’s husband and oldest daughter and leaves Eloise in a coma. While recovering, she experiences her first psychic vision. Struggling to understand her frightening new abilities, Eloise is torn between helping her grief-stricken younger daughter move on and the work she feels compelled to do now—heed the tortured whispers of lost women and girls calling for her.

Ten years on, Eloise is a renowned working psychic who has resigned herself to her role in The Hollows and to “The Work.” She’s discovering some disturbing things—secrets about her genealogy and the dark history of The Hollows, and that her granddaughter, nine-year-old Finley, has her own powerful gifts. Most disturbing of all, Eloise realizes that not all of the whispering voices are calling for help. Some of them are looking for trouble.

When Finley, now nineteen, comes to live with Eloise, Eloise’s abilities transform. Her load is somehow lighter, and rather than chasing down people she needs, they are coming to her. She teams up with a detective to help a desperate father bring his daughter’s killer to justice. Meanwhile, Finley has bigger problems than she’s willing to admit. Can Eloise help her see the difference between justice and revenge—and the dark truth that nothing stays buried in The Hollows?