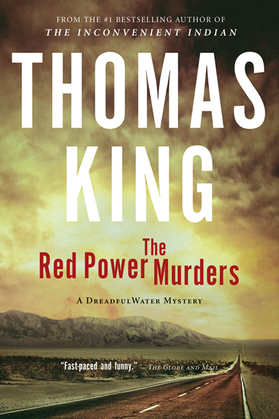 by Thomas King (Author)
Read sample online Download sample
Fiction Mystery & detective English literature American and Canadian literature
warning_amber
One or more licenses for this book have been acquired by your organisation details
EPUB
26 loans, One at a time
Details

Thumps DreadfulWater has never liked surprises—even the good ones are annoying. So it’s no shock that a string of seemingly random occurrences is causing Thumps some real discomfort. First Noah Ridge, the Red Power Native activist, arrives in Thumps’ sleepy town of Chinook. Then the body of a retired FBI agent turns up at the local Holiday Inn. In the background hovers the ghostly presence of Lucy Kettle, second-in-charge of the Red Power movement, a tough woman in a tough place until her disappearance years ago. Now the sheriff wants Thumps to trade in his photography gig for a temporary cop beat. And it won’t be over, Thumps soon realizes, until everyone’s dead—or famous.