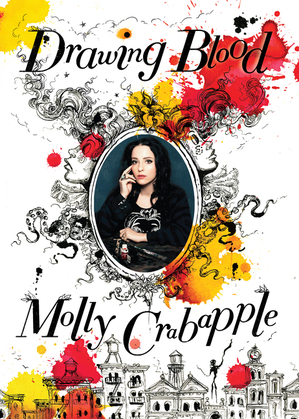 by Molly Crabapple (Author)
Read sample online Download sample
Nonfiction Biography & autobiography Personal memoirs
warning_amber
One or more licenses for this book have been acquired by your organisation details
EPUB
26 loans, One at a time
Details

Art was my dearest friend.
To draw was trouble and safety, adventure and freedom.
In that four-cornered kingdom of paper, I lived as I pleased.
This is the story of a girl and her sketchbook.

In language that is fresh, visceral, and deeply moving—and illustrations that are irreverent and gorgeous—here is a memoir that will change the way you think about art, sex, politics, and survival in our times.

From a young age, Molly Crabapple had the eye of an artist and the spirit of a radical. After a restless childhood on New York's Long Island, she left America to see Europe and the Near East, a young artist plunging into unfamiliar cultures, notebook always in hand, drawing what she observed.

Returning to New York City after 9/11 to study art, she posed nude for sketch artists and sketchy photographers, danced burlesque, and modeled for the world famous Suicide Girls. Frustrated with the academy and the conventional art world, she eventually landed a post as house artist at Simon Hammerstein's legendary nightclub The Box, the epicenter of decadent Manhattan nightlife before the financial crisis of 2008. There she had a ringside seat for the pitched battle between the bankers of Wall Street and the entertainers who walked among them—a scandalous, drug-fueled circus of mutual exploitation that she captured in her tart and knowing illustrations. Then, after the crash, a wave of protest movements—from student demonstrations in London to Occupy Wall Street in her own backyard—led Molly to turn her talents to a new form of witness journalism, reporting from places such as Guantanamo, Syria, Rikers Island, and the labor camps of Abu Dhabi. Using both words and artwork to shed light on the darker corners of American empire, she has swiftly become one of the most original and galvanizing voices on the cultural stage.

Now, with the same blend of honesty, fierce insight, and indelible imagery that is her signature, Molly offers her own story: an unforgettable memoir of artistic exploration, political awakening, and personal transformation.